julio 27, 2020
En  Inclusively Hidden : There are various ways to hide content in web interfaces, but are you aware of the different effects they have on the accessibility of that content? While some might think it’s strange to have multiple different ways to hide content, there are certain benefits that each method provides. There have been many articles written about hiding content, and this post will cover some of the noted methods, and purposefully ignore others. This article will highlight the methods of hiding content that are most appropriate for modern web development, and note the accessibility impacts of each. [...] To wrap this all up… Let’s do a quick recap: There are three categories of hidden content: Completely Hidden. Visually Hidden. Only Hidden from Assistive Technology. Depending on the type of content, you will need to use an appropriate technique to hide it, via: Using CSS or [hidden] to hide content completely. Using visually-hidden / sr-only classes to visually hide content, bu
Publicar un comentario
Leer más 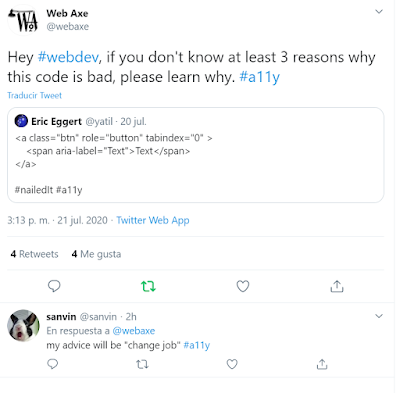 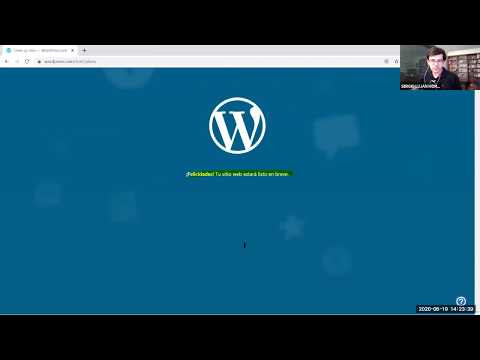 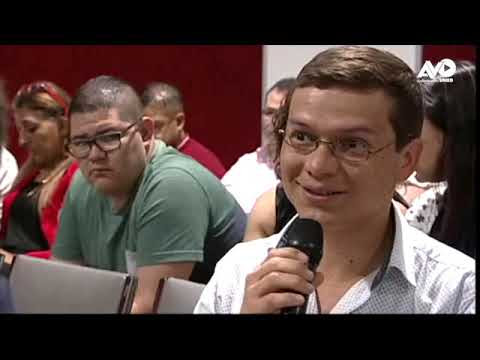 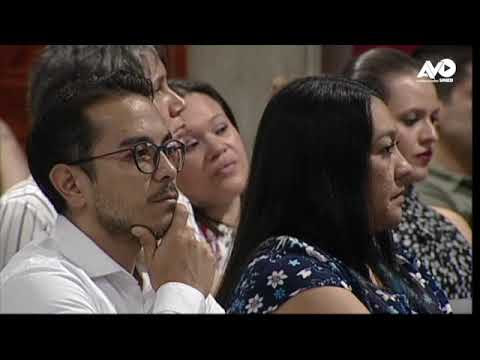 julio 01, 2020
Muy interesante el artículo How to design websites for blind and partially sighted people : According to the World Health Organization, an estimated 253 million people live with vision impairment across the globe. 36 million are blind and 217 million have moderate to severe vision impairment. As of 2014, there are around 360,000 people registered as blind or partially sighted in the UK. But these are just the people who are registered. According to the RNIB the figure doesn’t take into account, “those who are waiting for treatment, those whose sight could be improved, those who have not registered for whatever reason and people whose sight loss is not at a level that allows them to register.” RNIB estimates that a truer figure is roughly two million people living with significant sight loss in the UK. [...] In November 2016, Gov.uk published the results of their assistive technology survey, in which the Government Digital Service asked 712 users about what devices, web browsers and ass
Publicar un comentario
Leer más
Más entradas